If you have a C6, please post a short profile, so when you have technical issues and need assistance everyone will know who you are. Include a few pics of your C6, and a list of any current mods. Wish List of future mods are also fun. I will kick it off with my profile.

Cool factory options: None installed as of yet

Pic totally stock from the showroom 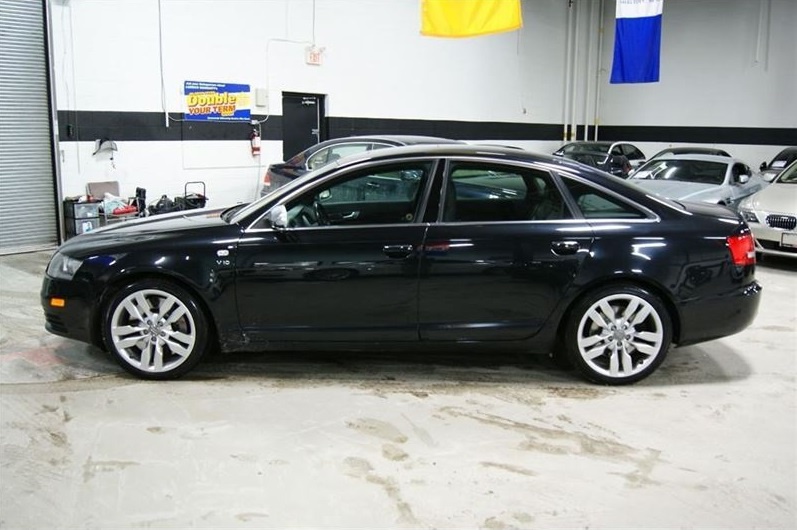 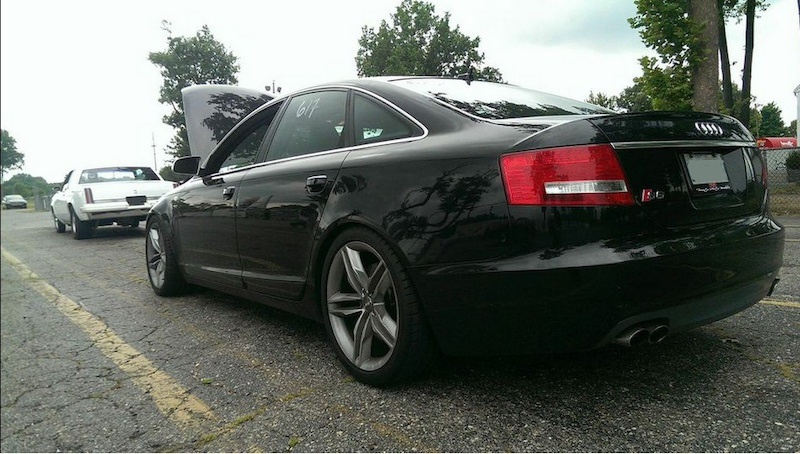 Did you do some runs in that thing? I must have missed it.

Did you do some runs in that thing? I must have missed it.

Everybody missed it… LOL

Stock S6, with unknown last carbon clean and no check engine light ran mid-14s. Weather was hot, but it is still a far cry from the magazine claims of mid to low 13s. Three runs were very consistent, and all within a couple tenths. A friend ran the car for me.

I had some timeslips but by the time I stopped crying my tears had soaked them real good, and they were not salvageable.

I know I have already mentioned this, but beautiful car man.

White is one of the more rare colors on the S6s, and it really allows you to see the lines better than the darker cars. Very nice!

this thread has been ‘officialized’

I may buy an S6 just to make one damnit.

I will be making a Video of some runs tomorrow with my GoPro camera Ill be sure to film some back by the tips. My car isnt that loud but sounds decent at high rpm Especially when it does that V10 blip/fart or whatever they call it on the shift lol

I may buy an S6 just to make one damnit.

Loving the S6s on here. Definitely need some exhaust videos.

Great to have the fastest C6 A6 that I know of, post in this thread.

You definitely have set the time to beat, at 12.55 in the 1/4. I haven’t seen anyone else anywhere remotely close in a C6 A6, and it blows away what any S6s are running.

I hope sometime in 2015 we will see a few new products for the S6s will at least get the cars in the same ballpark. But the S6s have a lot of catching up to do to even get into the 12s.

Stellar looking car Ynnekdude! That motor is bad ass My buddy has the same on in his C7 A6 doing the stage 2 on his this weekend. What 60’ are you cutting at the track?

here are the exhaust rules from the B67 side lol. I wrote this like 8 years ago

[quote]bOfficial Exhaust Video Rules[/b]
I’m in the market for a full exhaust for my S4, so I’ve been youtubing the usual suspects. I need to vent my frustration. I will likely offend some, so I apologize in advance. This is entirely in jest, so don’t take it personally [>_<]. I made an exhaust video of my own, and dreaded watching it because of these 2 rules being violated so badly. It motivated me to come up with some suggestions, which I implemented the next time I tried.

I feel uneasy when I watch exhaust videos where a guy sits in his car for 26 seconds revving the engine. The obligatory camera-on-ground while you rev the engine sheepishly in your garage/mall parking lot/side of the road, all the while hoping your neighbours/wife/strangers/passersby don’t think you’re a douchebag. Ever do that in real life? Me neither, so who cares what the car sounds like when you sit revving the engine in neutral.

If you make an exhaust vid, it must include, at the very least
a) footage driving towards the camera, accelerating under serious load (rolling up and stopping in front of the camera is, soundwise, useless unless you’re doing some serious downshifting/engine braking)
b) footage driving away from the camera, under serious load (both a and b can be accomplished with a 1st-2nd-3rd gear flyby)
c) driving with the camera recording sound inside the cabin with all windows up to give an idea of driving experience.
Anything else is optional (windows down, tunnels)
91GL’s videos from last week are good examples of meeting rule #1 beautifully

While it’s nice of you to put the camera down, then walk around the car, open the door, start it up (bing bing bing if you don’t have a vagcom), nobody needs to see it. If you’re lucky enough to have a friend film you, prime cuttingroom floor material includes your friend saying ‘GO!’ 9 times while you strain to hear him through the thick Audi glass. I made a few passes to hear what my car sounds like so I could compare it to some of the aftermarket videos, and I was able to edit all the getting in, turning around, u-turning, waiting for the car to be in visual/audible range etc. I suck at computers so nobody is excused! (you too 91GL!)

That’s all for now. Anyone else have any good suggestions?

this Corsa vid is pretty well perfect, although a bit long (rule 3?

Good Milltek example, minus the in-car [/size] http://www.youtube.com/watch?v=73dP_-GKv-w
[/quote]
Here’s an example of me trying to follow the rules when my Rs4 was stock…

HAHAHA this is awesome!

Stellar looking car Ynnekdude! That motor is bad ass My buddy has the same on in his C7 A6 doing the stage 2 on his this weekend. What 60’ are you cutting at the track?

According to the AudiRevolutionary 1/4 mile list, his 60ft on that run is 1.75

Make sure you post your results up there too, when you get back from the track. I have some myself from a stock S6, that Ill post up when I have some free time.

I joined specifically after reading through the S6 Info Dump thread - hope I can do my part to help it along. Thanks to v8a6 for starting it - great to see current enthusiasm for the model!

I am a Canadian living in Sydney, Australia. Previously lived in southern Ontario, (from Ottawa, & Barrie, & Windsor) - hello T.O./Detroit crew.

Some pics are below.

Lastly, I’m not a commercial entity, but I do have a connection to the Audi factory in Hungary and so I can get some good deals on parts which are shared with the A3s & TTs. Happy to help out any enthusiast with any parts they might need - For the S6, this is pretty much just injectors…

Welcome to AudiRevolution! It is great to see another S6 on here!

That is one fantastic looking car. Those wheels look amazing on the car, and along with the 275/35/20s on it. That is the stock C6 RS6 tire size, IIRC. Definitely fills out the wheel wells nicely, while still providing nice wheel protection in a 20 inch size.

Thanks mate - and that was a typo/brain slip! The size is 275/30R20. Top two are Falken FK453, which I don’t recommend - the rub in this size/offset, and actually are not very good performance wise.

DON’T get the SuperPro camber bushes, as they disintegrated after less than 10k km due the action of the virtual ball joint on the C6.

SuperPro have offered to replace mine with a special made fully adjustable (via threads) upper arm. I’ll post up details about these as soon as I’ve got them in.

Currently the car is sitting on neg 2 camber in the front, which is a bit much.

Great info. 275/30/20 is what I am planning to run on my 20x9s. They are et50, so Ill have a tiny bit more space to play with. The stance on your car is perfect though, so I may install some small spacers to achieve the same look.