Using the guide that was posted here

as my primary reference I believe I’ve removed everything necessary to try and get this manifold off for carbon cleaning - all the lines and the 12 bolts on the top are out of the way. Also removed that bracket in the front left as well as the engine hoist bracket there. My question is am I missing anything that would not have been in that guide? Another bolt(s) somewhere? I’m pulling and pulling on this thing and it won’t budge. I mean nothing. From the looks of it it’s quite possible this manifold has never been removed ever so it could also be that it’s just stuck really good. If that’s the case what is my best approach?

Make sure the fuel lines are out of the way. Those can get you caught up.

Also you’re going to need to remove at least one of the HPFP units so might as well do that now. The oil separator should be pulled out and off. Lastly to save your self some pain. take off the bracket for the knock sensors before you pull up too far.

At this point it sounds like you’re just not able to get the intake to break free from the heads. Look to make sure you got the far back bolts there are two that are a pain to get to. After that take a dead blow hammer and give a few good taps on the sides.

Or if you don’t have a dead blow hammer. Take a 2x4 and a heavy hammer and do the same. Then place the 2x4 on in the front and tap back in the fire wall direction. Now use common sense. You don’t need to swing for the fences when you swing the hammer. You’re just working to help break the seal that has been created over the years on the intake to the cylinder heads.

To be honest if you’ve gotten all of the bolts off you just need to pull that sob off lol. My IM gasket was almost glued on there it was so stuck Make sure nothing is in the way beforehand

I just took a piece of lumber and a hammer and tapped upward on a couple of the more solid mid seam pieces of the IM on the front. I didn’t beat the heck out of it, just firm raps. After several it started to come up. I did hit the top sides with a rubber mallet first.

After that I had to bend the one fuel line out of the way and that was it.

Appreciate the replies guys - I think part of my whole problem is I was trying to pull it “off” instead of up. Once I took off the knock sensor bracket it kind of hit me. Now I’ve got the manifold off but have a concern on the flap motor/arm. Am I screwed here or is this repairable? The arm itself is connected but I happened to catch this post which made me think I might be in trouble. What are your guys thoughts?

Post I was reading about the same intake arm

#1 - Thermostat for Mapped Engine Cooling (F265) P0598 - 002 - Short to Plus Frayed wire, will have to patch in new piece [IMG_2641] #2 - Intake Manifold Flap; Bank 1 P2009 - 002 - Short to Ground The circlip holding the operating rod to the rotating piece was not in place and the rod was not connected. The rotating piece that goes in the engine can slide outward without much force (Is this normal?). [Intake Flap-no circlip-loose] My next step for troubleshooting is to disconnect the conne…

Here is my situation 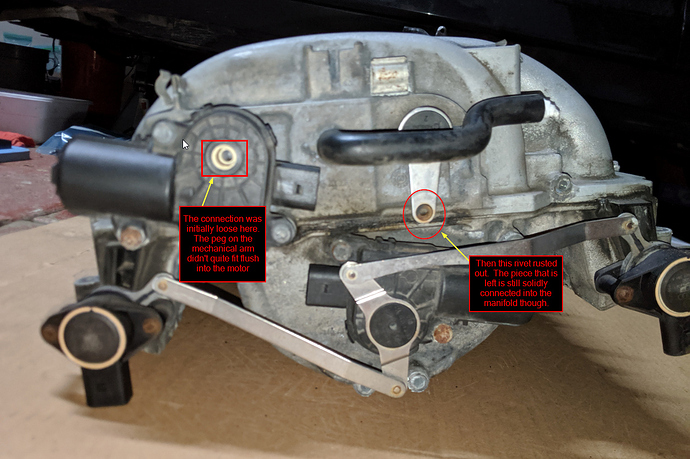 Nope, you just nee a new flap motor (unless that one can be repaired). You IM is good to go (at least from the picture above). You do want to snake a camera in there and make sure the flaps all look normal.

So I got in there with a boroscope and the flaps look intact. When I gently move that upper arm which is still attached I can see the flaps open and close. My question now is aside from dropping like $300 to buy a new motor (that’s as cheap as I’ve seen them) any thoughts as to how I could try to repair this one? I fit the other part of the arm back on but as you can see the position that motor is in won’t allow the arm to connect properly. I’ve tried gently turning it but it doesn’t seem to want to move at all. 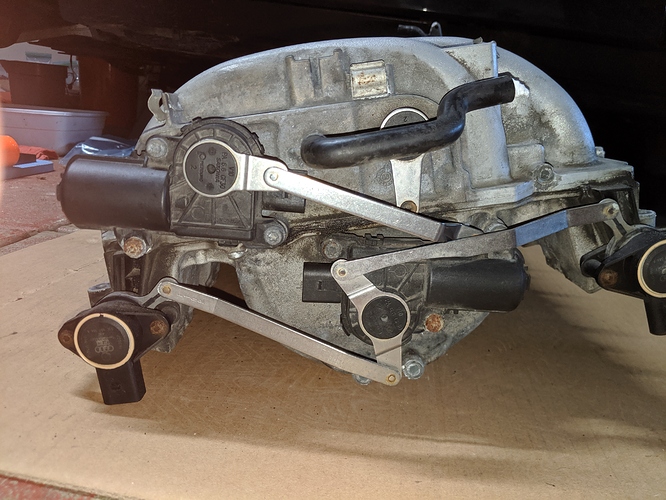 I’ve shut down for the night, but I will look tomorrow.

I just tore open the IM and removed all the bits to see if I could save it, and it was pretty trashed, so I will be investing in a new IM.

Cool - as I slept on it as well I’m of the mind to remove the motor and take it apart. Looks like it’s just two pieces held together by plastic clips. If I can see the insides I might be able to make an adjustment to the position of that motor without breaking anything. Anyways that’s my thought process. I am also wrestling with the thought of buying the new IM - which would no doubt be the best course of action. I was just hoping I could hold out a little bit longer.

The default position of the IM flap actuator: 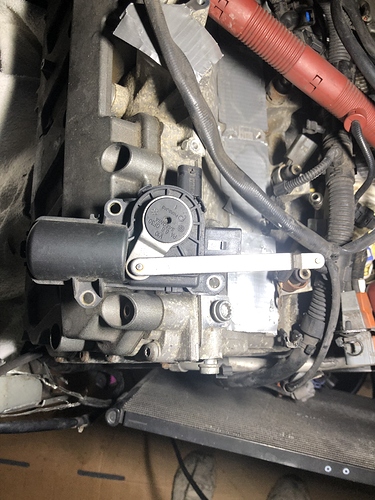 Yours is in the opposite direction, however you should be able to rotate the flap arm by hand and reconnect the actuator arm. That flap arm should rotate freely to the driver side, however do not force it. The actuator arm will NOT rotate unless you put power to it (which is something else you could try - and I would do that BEFORE cracking it open).

You should be able to rotate the arm back and then slide back in the arm in the motor on the gears. Let me know if that makes sense.

I can only get the arm to fit into the motor 2 ways. Here is the one way that appears to give the most hope and was an effort to try Ed’s approach. However, the flap arm only swings towards the driver’s side and this is as close as I was able to get without being able to move the position of the motor. Anyone know what kind of voltages this motor needs to operate? I believe I have a spare connector with a broken clip I could use to wire it if I felt confident I wasn’t going to burn it up. 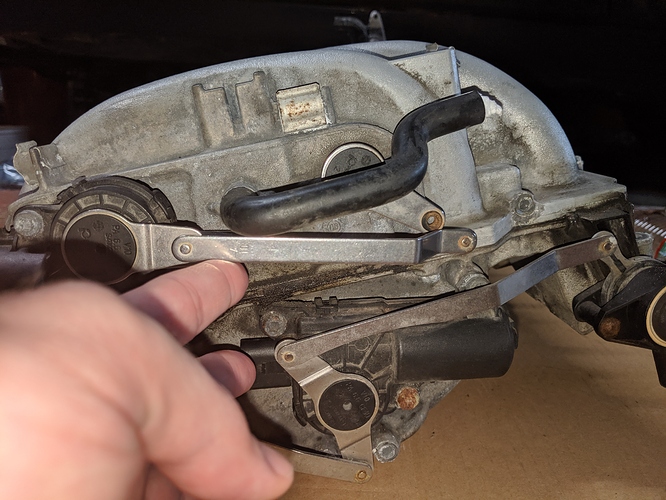 If I’m understanding you correctly then yes - I can get the arm connected and slide the motor onto the gears but it only fits “flush” 2 ways neither of which will put it in a position to connect the arms. I know that this was actually the position it was situated in before I pulled it out because my neighbor had pointed it out to me months ago - but I never had any codes and had only ran the car a few times since. Sadly this thing has been down since December. 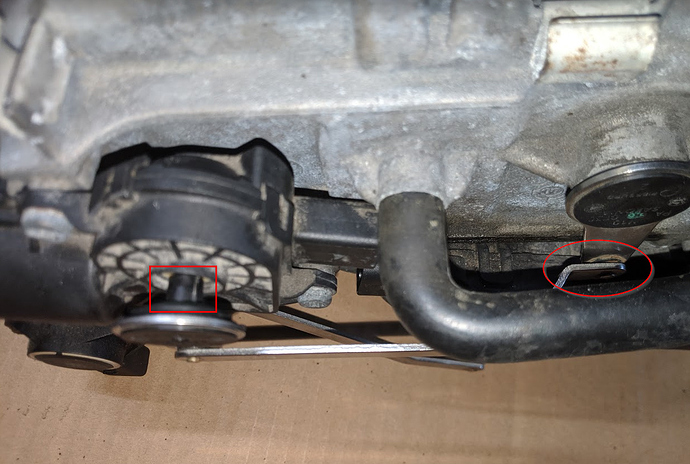 It should be 5v. You should be able to jog the motor. Yes the arm has two positions. So that makes sense.

I have a guy who I worked on his car recently and replaced his intake manifold. He still has his old broken one. If you need the motor from that one let me know. I can see if I can grab it if you need.

Strange, so it rotated past where it normally would have. Electrics are not my strong suit, so maybe someone else can chime in, but it is (the car system is 12 volts - go with justin’s numbers) you want and there are normally two pins to use. There are three pins in the connector, so someone hopefully can help ID which two to use and which is + and - .

Dude if you were able to get that motor from your guy I would be extremely grateful. Let me know if he’s willing and I can swing whomever some money.

I took that flap motor off tonight and tearing it open is definitely seems to be a less than ideal approach. The clips on the sides are pretty fragile, I broke one of them, and in addition to the clips it appears to be sealed up fairly tight. I mean it’s probably doable but at what risk of damaging the thing even further. I’m still thinking about the electronic route but I couldn’t find any connectors I thought I had lying around and I don’t have any alligator clips that fit in there so I’m a bit stuck with that route as well. Either way this weekend I’ll be concentrating on getting the valves finally cleaned so that’ll keep me busy.

Keep me posted man. Thanks.

Hey, let me know if that falls through. The new IM I just got has all the actuators on it.

So upon further inspection of the intake tonight as I prepared to start cleaning it I noticed two things which I need some feedback on.

1.) This guy was sitting at the bottom in the rear, towards the air distro housing. 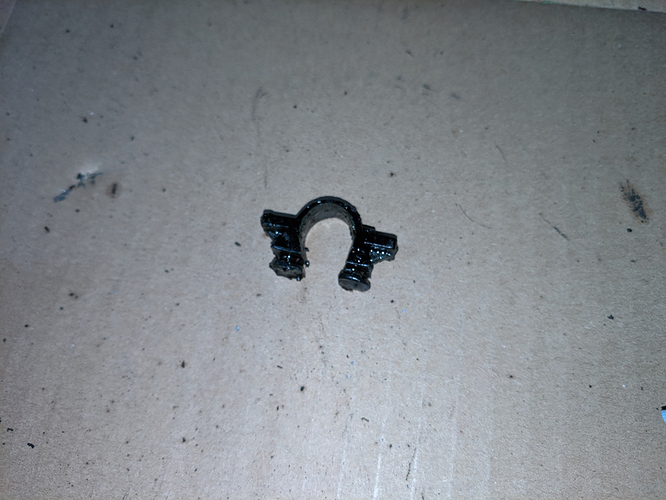 2.) And then when I got my LED mirror into the air housing port I noticed a flap towards what would be the front of the manifold appearing to be stuck open. It’s kind of hard to see because I took the photo off of the mirror but I highlighted the flap in red. The arm still opens and closes the rest of the flaps with no issues except this one. 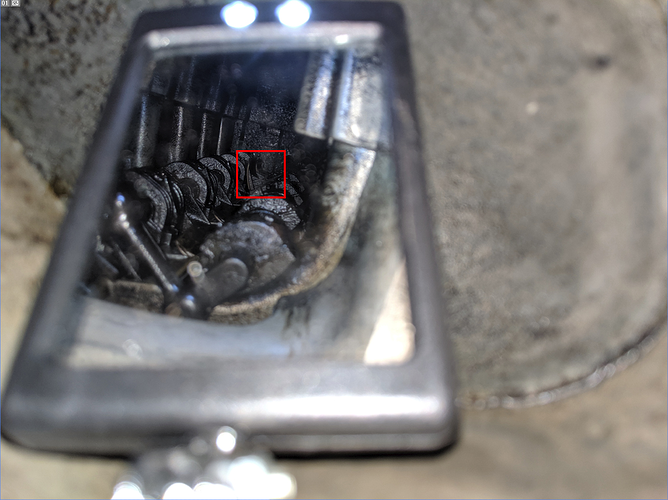 I’m assuming these two are possibly related. Clearly not a good sign. How f’d am I? Or maybe the better and more rhetorical question is - do I need a new manny?

Well the intake is broken but its not too far along that your Fk’ed. You might be able to repair the intake but that tab you see its on the end of the shaft. From what I have seen your at the beginning of the intake starting to fall apart.